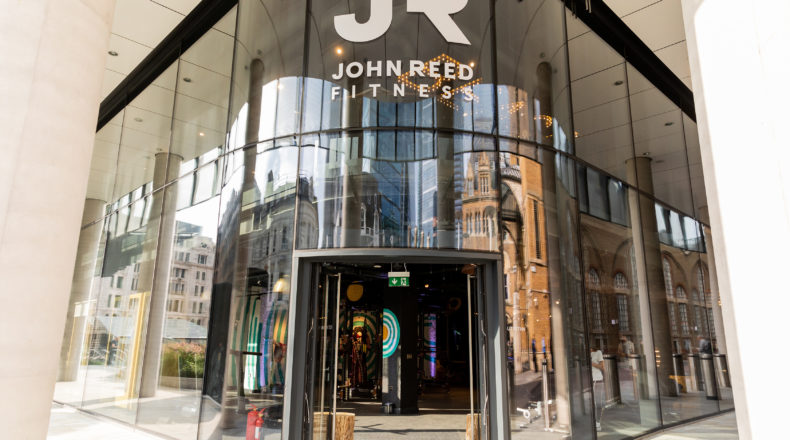 London, September 16, 2021. Berlin’s famous and finest fitness export JOHN REED has finally landed in London and will open its doors on Monday 20th September. Welcoming everyone for a free trial from 2pm-10pm at London’s first ever Fitness Music Club.

JOHN REED offers a nightclub environment to train in with a backdrop of street-art inspired decor. With both the gym and nightclub industries only recently opening up after restrictions, what could be better than working out alongside live music.

Bringing the famous nightlife of Berlin to London, JOHN REED will host an unforgettable launch and those who stop by will enjoy:

● A choice of four incredible workouts including Boxing at 3pm, HIIT at 5pm, Strong Barre at 6.30pm and Rocket Yoga at 8pm, all against the backdrop of beats by renowned Berlin DJs – Gunnar Stiller and Juliet Fox
● Post work-out, sip on CBD cocktails and mocktails by Intune drinks and cool down with Pan+Ice ice cream
● Free mani’s with designs inspired by the gym’s striking decor
● Brick Lane’s Vintage Records pop-up, for guests to purchase old school tunes
● Live art and the chance to take home exclusive and limited edition t-shirts designed by the Resident Artist Pref

Switching up London’s fitness scene, JOHN REED is designed for those who want to train hard and have fun in an environment where music is the central element. Situated across two floors, JOHN REED’s ground floor of its London club will be a dedicated pop up retail space, merging London and Berlin designers to offer exclusive gym wear pieces from resident brands including LAPP, Fabletics and Gold‘s Gym Grand Collection.

The London launch is the brand’s 40th international location worldwide, with JOHN REED now present in 10 countries, including Germany, Turkey, Netherlands, USA and the UK’s launch as the latest milestone.

About JOHN REED
Life’s too short for boring gyms. Part of RSG Group, with locations from Istanbul and Budapest to Berlin and Prague— and now London —JOHN REED has been leveraging the power of sound and design to motivate and move people across the world since 2016. Not just an ordinary gym, JOHN REED is an immersive international fitness club that boasts unexpected design elements, music programming with live DJs, and top-of-the-line equipment waiting around every corner. Walk into any of JOHN REED’s 40 worldwide locations and be ready to be inspired by eclectic interior design influenced by local artists, cultures, and the city’s urban metropolis. Members get access to studio workouts, boutique style classes free weights, cardio, barre, Pilates, yoga and a variety of amenities.

Rainer Schaller – Founder, Owner and CEO of the RSG Group