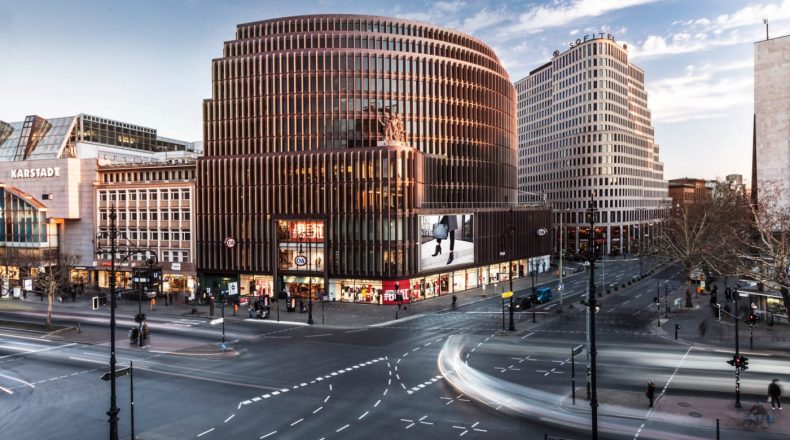 After a decade of being based in Berlin and more than 20 years of company history, the RSG Group and the staff it employs there will be moving from Berlin’s Prenzlauer Berg to Charlottenburg in 2021.

For Rainer Schaller, founder and CEO of the RSG Group, this represents a huge step in the Group’s history: “Over the past twelve years, we have grown from five to around 300 employees at our Berlin location, and in the process our office has become like a second home. In these times when work is becoming ever less tied to particular locations and hours, I believe that pleasant spaces in which to spend time represent the primary factor for success when it comes to successful office planning, so that all staff feel at ease and teams are formed organically.” With the Kudamm Eck on the Kurfürstendamm/corner of Joachimsthaler Straße and RFR Holding GmbH as a partner by its side, the RSG Group believes it has found just the right location for its new company headquarters in a Berlin building that is steeped in tradition. As early as the 1970s, the building’s illuminated billboard measuring 300 m², which was enormous for the time, represented a huge draw and was a worthy imitation of those that inspired it in New York’s Times Square. Schaller elaborates: “I have the utmost respect for this historical location and a clear vision of how we will reinvigorate it and develop it further. Harmonizing the DNA of our culture with the architecture of the building is my overriding goal.”

Innovative office environments as a reflection of company culture

First of all, state-of-the-art office environments are to take shape over eleven floors and 19,500 square meters, with all of these designed specifically to meet the needs of the RSG Group. There will therefore no longer be small, individual offices, and instead intelligent software will control sharing concepts as well as the distribution of flexible workspaces. Wood, concrete, marble and plants will shape the appearance of the new company headquarters. On top of this, there will also be several individually adaptable rooms, which can be adjusted in terms of light and sound in line with the relevant content of meetings or personal moods, and which will enhance the corporate culture and the values system of the RSG Group.

On top of all this, it is also here that the RSG Group will be opening its first – and for now, at least in Germany, its only – premium concept. “At the end of 2019 we will enter the American market and launch our first Fitness & Social Club in Los Angeles. I am thoroughly convinced that this high-level brand is the perfect fit for Berlin’s City West and for this location in particular”, Schaller continues. The facilities will include not only fitness and wellness, with cold chambers and a driving range for golf players, but also premium gastronomy, impressive hotel suites, a spectacular panoramic roof terrace, and an exclusive design and ambiance that has never been seen before.

The building is being let by the RFR Holding GmbH, whose portfolio includes the Chrysler Building in New York, for example, as well as the CENTRUM Group. When selecting their tenants, it was particularly important to the Group to choose a concept that would really get people talking about the Kudamm Eck once again. “We believe our visions will be realized in the best way possible with the RSG Group”, says Dr. Alexander Koblischek, Managing Director of RFR Management. “For this very prominent location in particular, we deliberately sought a suitably strong partner. The RSG Group stands for progress, and as the world’s leading innovation leader in the areas of fitness and lifestyle, it is set to realize an extraordinary concept here in Berlin”, adds Dr. Alexander Koblischek.

The renovation work will begin in 2020, with the opening scheduled for 2021.